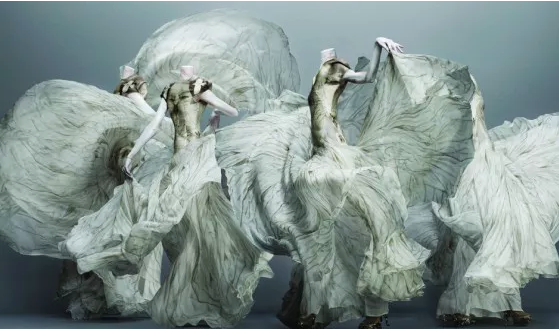 In 2010, the fashion world lost a one-of-a-kind genius who created designs that endlessly captivated and never failed to cause controversy.

McQueen started working for made-to-measure tailor companies and later moved on to work with costume designers, Angels and Bermans. Many people say that the dramatic style of the clothing he made there helped shape the outrageousness of his later work.

He eventually created his own namesake company as well as became the head designer for Givenchy. Over the years, McQueen caught the eye of the entire world and won many prestigious awards, including International Designer of the Year by the Council of Fashion Designers of America, a Commander of the Most Excellent Order of the British Empire by the Queen of England and British Designer of the Year.

Unfortunately, with great fame came greater inner criticism as Alexander McQueen lived with an immensely painful cloud of depression that never left his side.

These inner demons surfaced in his designs. As they became angrier and more fierce, those who followed him worshiped him, but those who didn’t understand grew even more confused. 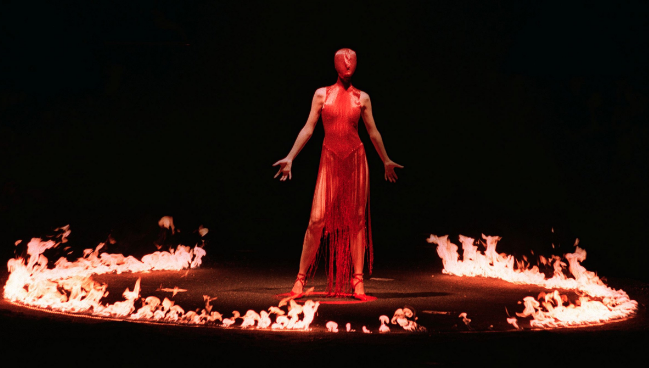 An Alexander McQueen show meant a theatrical work of art where he often exposed his soul in the craziest ways possible. 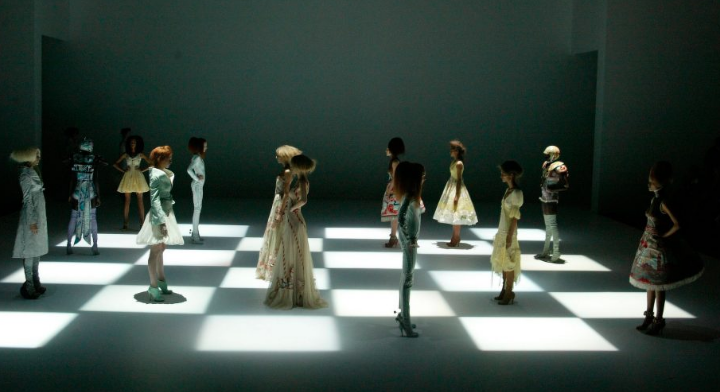 As a fashion student, I followed Alexander McQueen’s work closely.

He contributed to a side of the fashion industry that few designers dare to work in. His designs were part art, part fantasy, part beauty and part wild, untamed ferocity.

Alexander McQueen’s death was a tremendous loss to the fashion industry and to the world.

Aptly named Savage Beauty, the exhibition was a breathtaking tribute to the late designer’s masterpieces. It broke all records and expectations, with almost 700,000 people in attendance with additional days/times added by popular demand.

Savage Beauty became one of the MET’s top 10 visited exhibitions in the museum’s history. 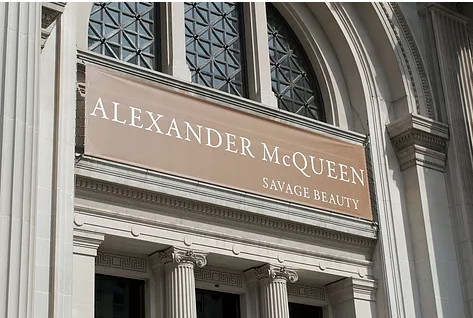 I decided to go on the exhibit’s last day, assuming that the mania would have died down by then and the lines would be shorter.

God, was that dumb.

My mom loves going to fashion exhibits with me, so she came along – 2 weeks post-op from ankle surgery.

That was even dumber.

To say she was a trooper is an understatement. We ended up standing on line outside of the MET for 3 hours on what seemed like the hottest August day ever. We were so happy when we finally made our way inside, not realizing there was another 2 hour line to get into the actual exhibit. 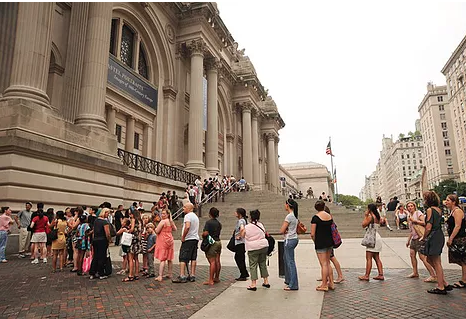 It was one of the longest days of my life, but in the end, it was absolutely worth it.
Even my mom said so!

The savage beauty of Alexander McQueen’s legacy is something that has to be witnessed in person to be truly understood. 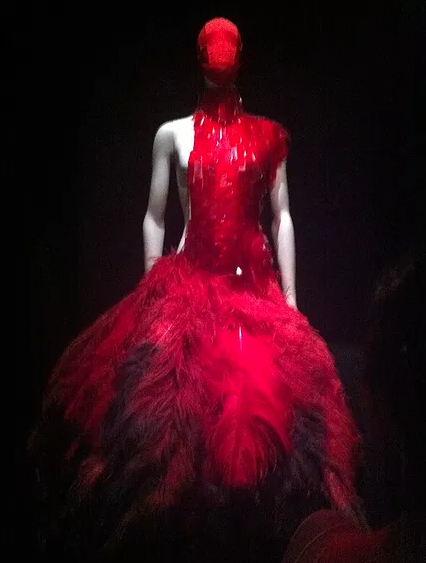 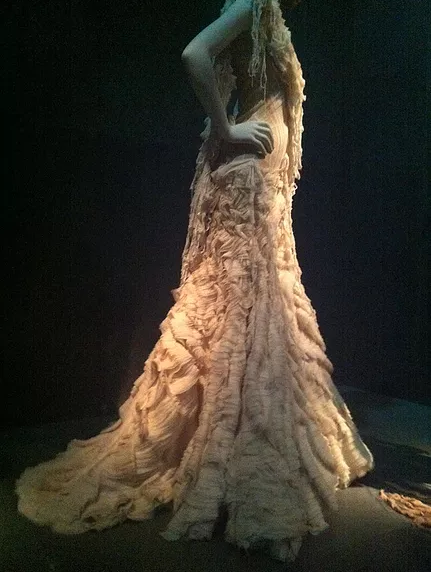 You've got to know the rules to break them. That's what I'm here for -

to demolish the rules, but keep the tradition. 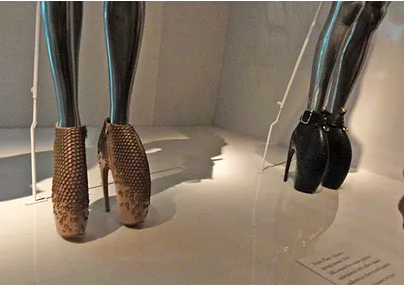 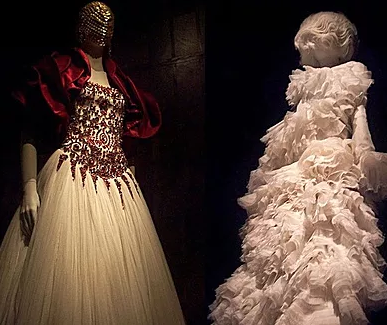 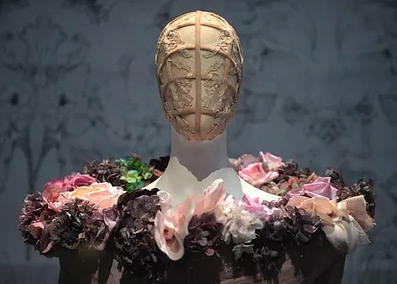 People find my things sometimes aggressive, but I don't see them as aggressive.

I see them as romantic - dealing with a dark side of personality. 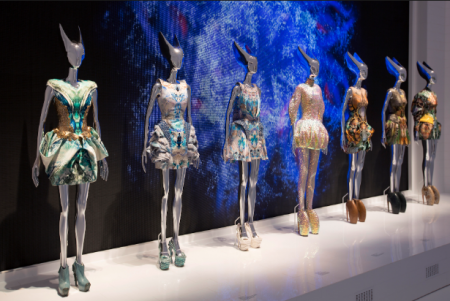 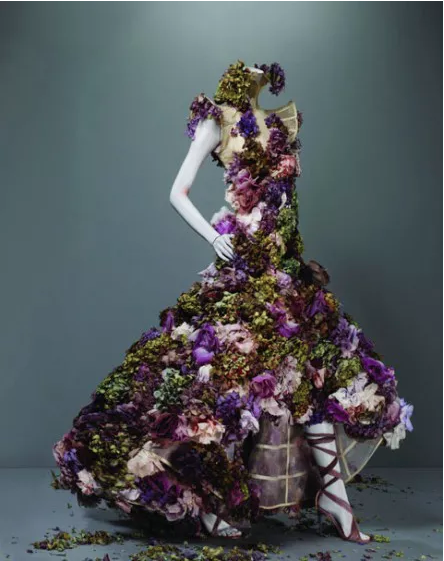 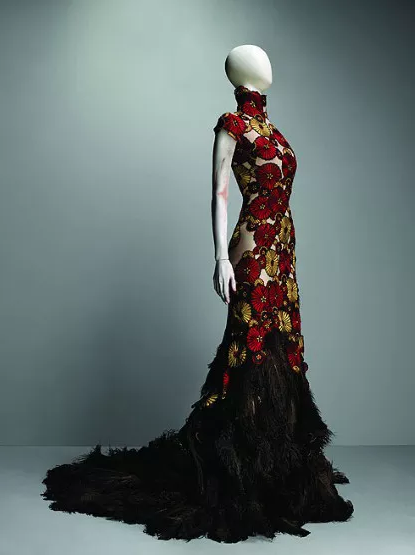 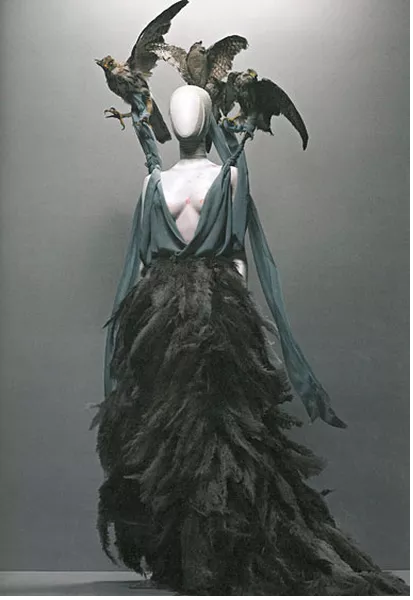 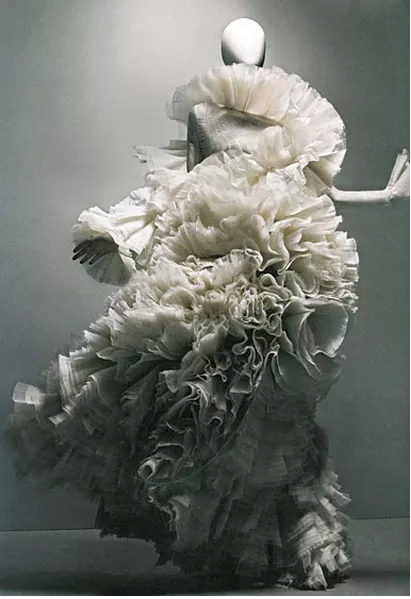 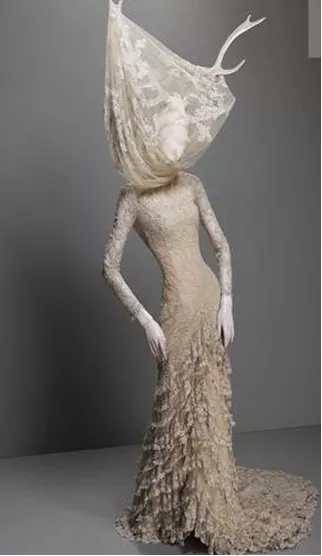 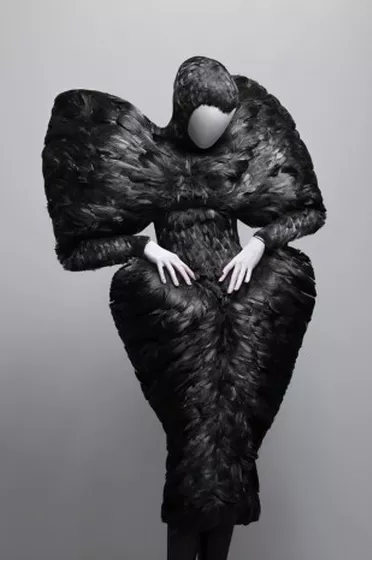 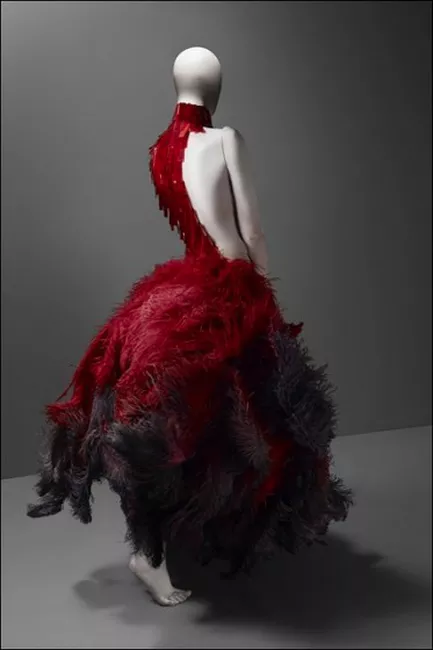 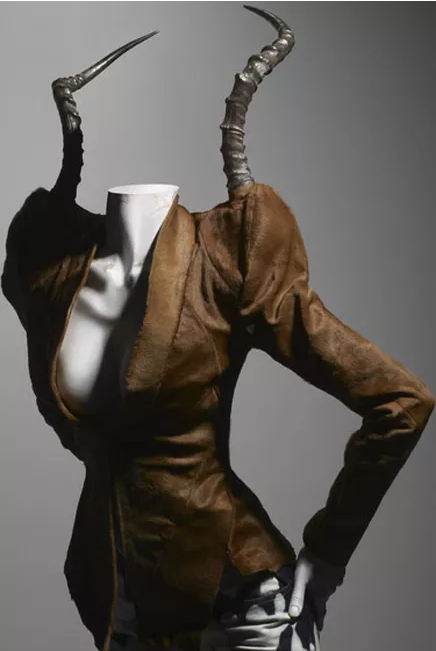 Images courtesy of The MET

Images courtesy of The MET

back to fashion archives

back to fashion archives