High in the mountains of Cascia, Umbria, a beautiful sanctuary provides a peaceful place of prayer and contemplation to followers of the patron saint of impossible cases, Saint Rita.

The sanctuary is a 3-hour bus ride from the center of Rome.

There is only one bus per day that takes you directly to the sanctuary and only one that makes the trip back to Rome.

The total trip is 3 hours long but makes 3 stops along the way, only to change buses warning! there are no bathroom breaks.

Once in Cascia, you have 5 hours to explore as the return bus picks everyone up promptly at 3:30PM in the exact place it dropped everyone off at.

So when my mom told me that the only thing she absolutely had to do on her first trip to Europe was visit this very sanctuary, I cried a little inside.

But of course, how could I say no?

What she didn’t tell me until later was that to her, this trip was a sort of pilgrimage. Years ago, she made a promise to my late grandmother that she would visit the sanctuary of St. Rita if she ever made it to Italy.

You should know, my grandmother was deeply religious. Some of my most beautiful childhood memories are of her praying wholeheartedly with her eyes closed, her devotion palpable in the air – without a single word being said out loud.

She instilled that faith and devotion to the saints, to miracles, to Mary, Joseph, Jesus and God – in all of us – her family, the loves of her life.

Over time, my grandma’s devotion to St. Rita made its way into my mom’s heart and was solidified with small miracles she witnessed throughout her life, moments she keeps to herself – secrets between her and her beloved saint.

We were staying at my aunt’s house in Leffe – a city within Bergamo in Italy. From her house, we had to take a 30-minute tram to the Bergamo station. Once there, we ran like mad to catch the 50-min train to Milan Central station that only passed every hour on the hour.

Once in Milan, we had to buy same-day ridiculously expensive tickets for a Trenitalia fast train to Rome that would take 3 hours.

We finally got to Rome at 6pm and checked into our amazing hostel, Rome Hello (the best I’d ever stayed at in Rome!) right in the city center. Yup – my mom strapped a backpack on her back and stayed in a hostel with me. Pretty badass, right?

I gave her the quickest tour of Rome I could from 7pm until around 2am, which is when we got back to our 14-person dorm room.

AT 5AM my mom’s voice echoed in the room we shared with 12 other sleeping people as she asked me if I was up and ready to go.

Ok, so this was her first time in a hostel.

I got ready, half asleep – half annoyed that we were up so early and that she was being so loud. However, when I looked over at her, she was as happy as a kid going to Disneyland and confessed she hadn’t slept at all because she was so excited.

It was then I realized just how important this trip was to her.

After walking about 15 minutes from our hostel to Termini Station, we took the metro to Tiburtina Station. Once there, we walked around asking everyone opening their shops for the day in my very best broken Italian where to find this magical bus.

Knowing that there was only one chance to get this right, I couldn’t fail my mom, or my grandma for that matter.

After much walking around and horrible attempts at Italian conversations, the station was found, our bus was secured and tickets were purchased with 20 minutes to spare.

Our bodies finally had a chance to relax after all the crazy stress of the morning. And they let us know WE WERE STARVING.

Luckily, cafes in Italy are amazing – even those at bus stations.

And so began the bus trip to Cascia.

The ride itself was uneventful except for the fact that by this point in my travels, my recovering ankle was flaring up and screaming in pain.

For those of you who are new here, I broke my ankle in December – New Year’s Eve to be exact – while on a snowboarding trip in Vermont.

It was an awfully boring winter – I had a cast until February, started physical therapy and went to my last session literally the day before this trip to Europe. It was NOT happy with this trip and after 5 cities and 2 weeks of travel, it was letting me know.

My mom’s excitement was palpable as we arrived at our long-awaited destination.

I was excited to finally get off of a moving vehicle.

It is hard to put into words just how magnificently beautiful Cascia is. All I know is that the air feels fresher, the skies seem bluer and there is a sense of peace that completely envelopes you.

After various flights of stairs, we finally made it to the top of the sanctuary where before us stood the most beautiful Basilica I had ever seen.

THE STORY OF ST. RITA

All through her childhood, Margherita Lotti had dreams of joining the Monastery. However, her parents had other plans for her.

She was promised to a prominent man, Paolo Mancini, whom she married and had 2 sons with.

Unfortunately, years later when the boys were teenagers, Paolo was attacked on the street and stabbed to death. His sons, full of anger and pain, vowed to get revenge for their father’s death.

Rita begged and pleaded with her sons, but it was no use. Revenge and hatred filled their hearts.

Heartbreakingly, she realized the only thing she could do was pray for God to take them. She knew this was the only way they would avoid the mortal sin of murder.

A year later, both of her sons died of dysentery.

Finding herself without a family, she went to the monastery of St. Mary Magdalen in Cascia to follow what her heart had asked of her since she was a child.

The monastery was reluctant at first, but finally allowed her admittance when Rita was 36, where she remained a faithful servant of God for the rest of her life.

The Wound:
At age 60, it is said that Rita was in the chapel praying before an image of Christ crucified when suddenly a small wound appeared on her forehead – almost as though a thorn had loosened itself from the crown around Christ’s head and penetrated her flesh.

She would bear this partial stigmata for the rest of her life.

This wound was not only painful, but over time it became infected and odorous. Fearing for their lives, the other sisters did not want to be in contact with Rita and she was exiled to a cell below the Monastery where she would live out the rest of her days.

At her death, it is said that from this wound came the most amazing scent of roses – so strong that the entire town could smell it.

Roses:
On her deathbed, Rita’s cousin who was dutifully at her side, told Rita she was going to her parent’s house and if there was anything she could get for her from her childhood home.

Rita asked her to get a rose from their garden and bring it to her.

Her cousin agreed, though did not think she would be able to fulfill Rita’s final request as they were in the dead of winter in January. To her complete surprise, when she arrived – there was a single rose in full bloom.

St. Rita is often depicted holding roses or with roses nearby.

Causes:
St. Rita, along with St. Jude, is known for being a saint of impossible causes. She is also known as the patron saint of sterility, abuse victims, loneliness, marriage difficulties, parenthood, widows, the sick and wounds.

The interior of the Basilica was breathtaking to see in person. All of the colors stood out so beautifully while the statues were so intricately detailed. It felt more like being in a museum than in a church.

The moment we set foot inside, we were completely blown away.

One of the most interesting things about this Basilica is that you can find the shrine of St. Rita inside, where her uncollapsed body rests to this day.

It’s incredible to feel that holy presence around you while you are there.

On this particular day, a sister of the monastery stood beside the shrine handing out beautiful red roses for everyone to offer when walking up to St. Rita’s body.

Witnessing my mom fulfill her lifelong dream and promise of visiting St Rita’s sanctuary was one of the most beautiful things I have ever experienced. Seeing her face light up and the tears stream down her face filled my heart with more love for her than I’ve ever felt before.

My grandmother’s presence was palpable in every step we took.
It was a truly blessed day.

Due to my religious family background, I grew up going to church on Sundays, saying a prayer before every single meal and honoring Holy Days of Obligation to the max.

We were not allowed to yell, turn on a TV, or listen to anything other than classical music on Good Friday.

So needless to say, I wholeheartedly believe in the power of prayer and in miracles.

On this trip and by this point, I started to internally freak out a little about my ankle. The swelling and pain were starting to be too much to walk around with a backpack, not to mention explore Europe by foot.

So, I did what any Catholic at a Basilica of a saint known for impossible cases would do.

I prayed with all my heart.

I left my prayer with St. Rita and continued to explore everything the sanctuary had to offer. There is so much to see and learn about. And there is beauty literally at every turn.

As the day progressed, I realized suddenly and with shock that I was no longer limping. I was walking normally and at a normal speed.

I could jump! I could run! The pain and swelling were completely gone.
She did it. St. Rita heard my prayer.

It wasn’t immediate and it didn’t last long that night in Florence the pain and swelling returned after much speed walking out of sheer happiness.

But that day, for a few hours in Cascia, Italy – St. Rita had granted me my small miracle while I did everything in my power to help grant my mom’s and grandma’s as well.

Visiting St. Rita’s Basilica is an experience I will never forget for as long as I live.

Have you ever experienced something like this? Tell me all about it in the comments below! 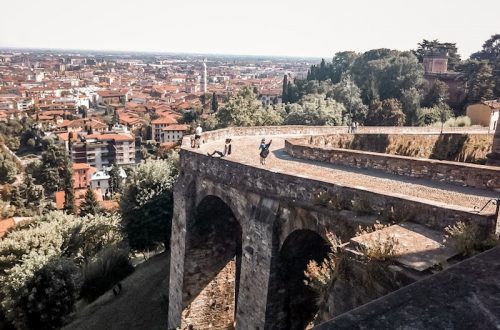 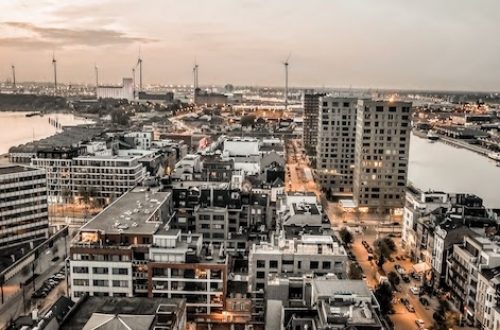 Discovering Antwerp in One Day 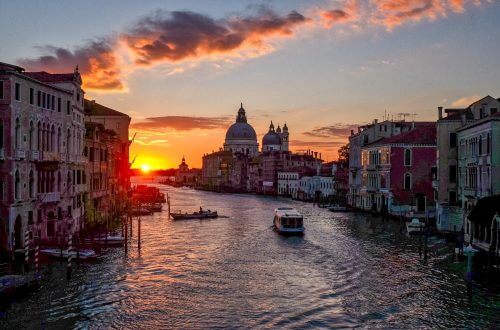 My Suitcase Was Stolen: How I Got $700 Insurance Reimbursement From Trenitalia 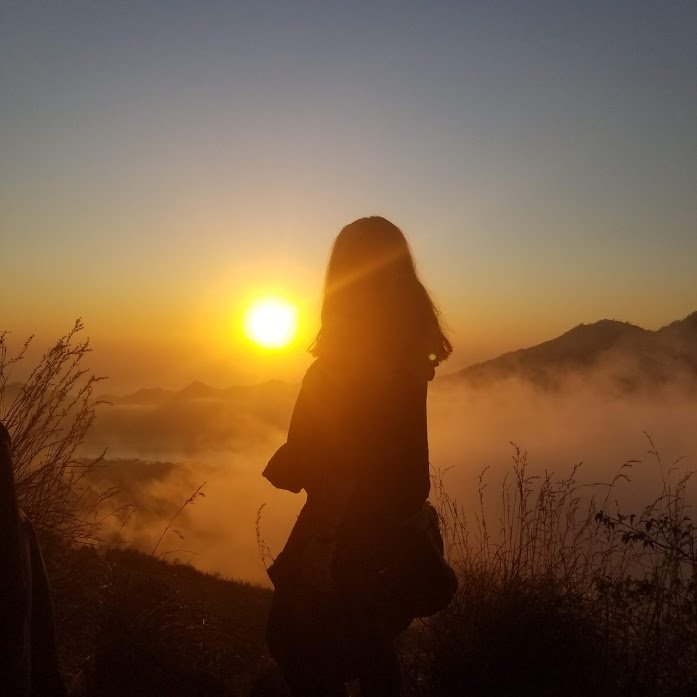 Founder and author of Em Around the World, a site dedicated to simplifying travel for aspiring budget solo travelers and digital nomads.

A world explorer always in search of new adventures and tasty Mexican food. Lover of all things fashion and endlessly obsessed with venturing on the road less traveled.

Through her site, Maria’s mission is to show her readers that traveling the world is absolutely possible for everyone, especially those on a budget.

Check out her story here. 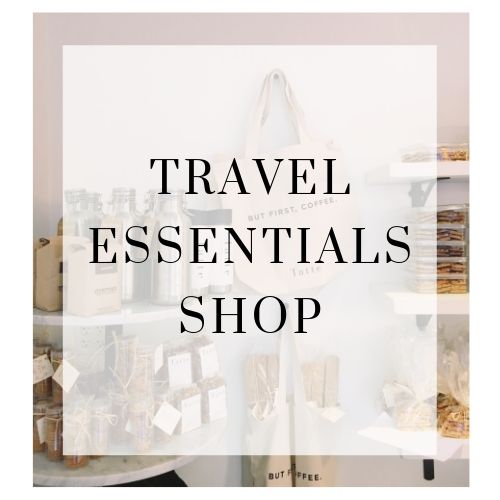